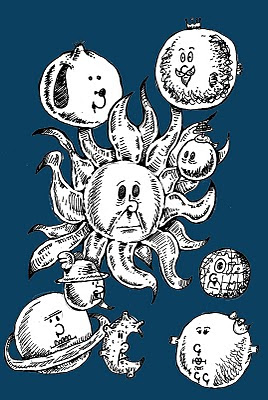 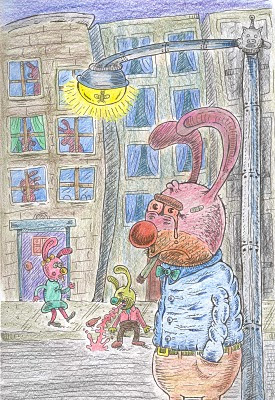 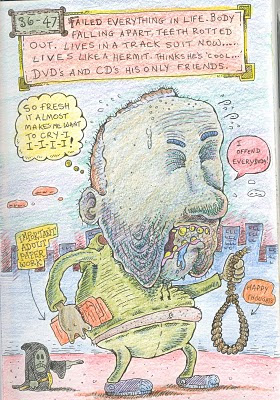 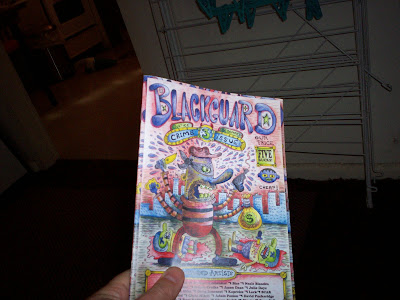 In 2007 Stratu, the editor of Blackguard asked me to do a colour cover for his up coming comic magazine ‘Blackguard no.3: the Fleetwood Mac tribute issue’. I said ok, but I stipulated that I wanted to draw exclusively in Photoshop. He said fine and sent me down about 50 images of Stevie Nicks as he wanted a cover of her dancing around in a cheese cloth dress.

It took me one year to complete, and meanwhile all those Sydney cartoonists were doing strips about Mick Fleetwood’s drum patterns & John McVie’s bass playing. Unfortunately Stratu didn’t my radical colour schemes & thought I was insulting the great Ms Nicks singing and body movements (in a static image I might add!), then wanted me to start from scratch.

But I didn’t have time, so I did a quick watercolour rough celebrating the time Lindsey Buckingham disguised himself as a mugger to rob some of his highly paid songwriters for cocaine money. Unfortunately the gun was loaded and he murdered the two men who wrote ‘Tusk’. But Buckingham was found surprisingly ‘innocent’. Apparently the judge was a huge Christy McVie fan and a lover of the song ‘Don’t stop (thinking about tomorrow) ‘.

Mr. Stratu had no choice but to use this cover as he knew my product would ‘sell’ units but the cover did not enforce the theme (in his mind) of the great Fleetwood Mac. It was easier to scrap the strips & get the cartoonists to cover the broad theme of ‘crime’ instead.

For information on this lovely tomb of men & women with no jobs, and too much time on their hands go here. 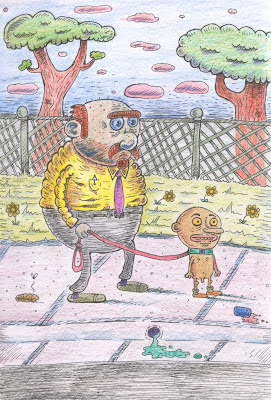 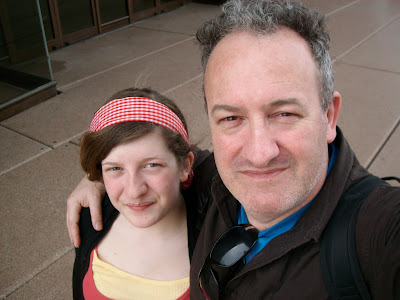 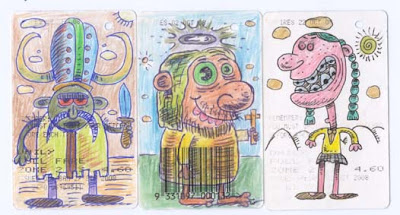 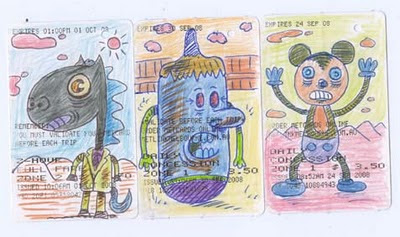